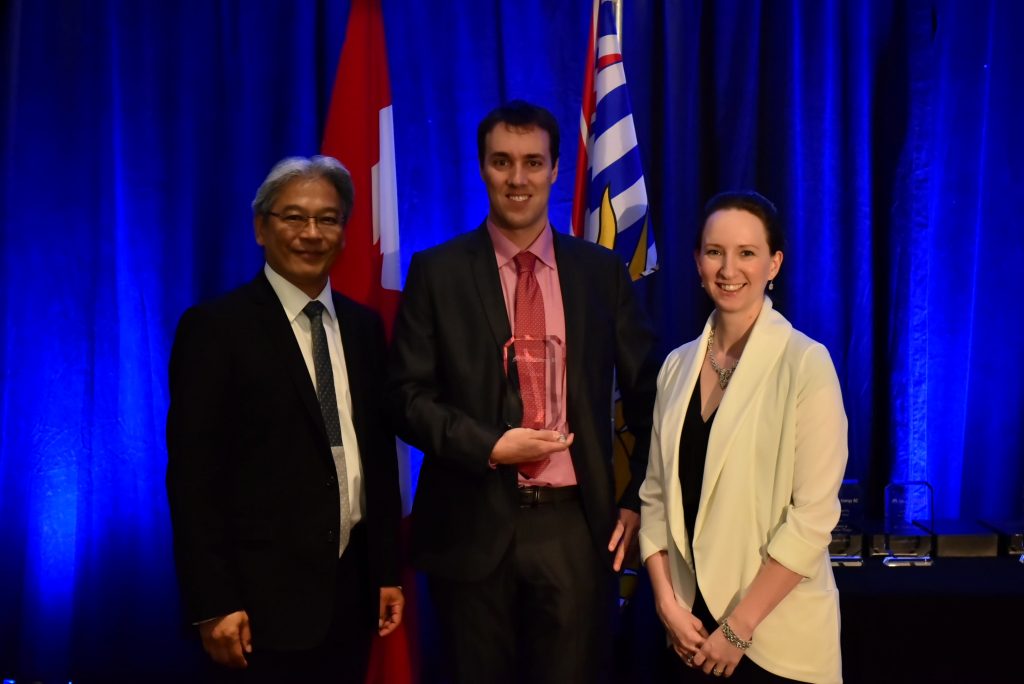 Paul Kariya from Clean Energy BC, as well as Jean Trudel and Colleen Giroux-Schmidt from Innergex.

Last night, the Upper Lillooet Hydro Project was awarded the Clean Energy BC 2015 Finance Award during an Awards dinner at the Generate conference, in Vancouver, British Columbia. The $491.6M financing for both Upper Lillooet and Boulder Creek facilities is exceptional by virtue of its size, especially given its very long 40-year term. This is the largest project-level financing Innergex has ever secured.