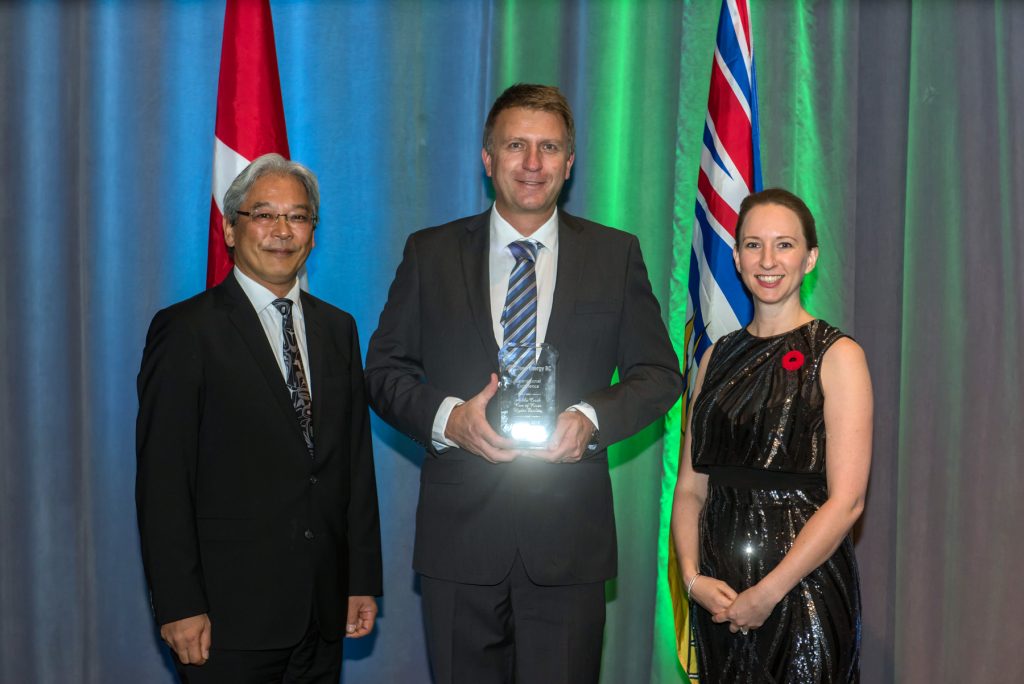 Innergex is proud to announce that the Ashlu Creek Hydroelectric Station has been awarded the first ever 2016 Operational Excellence Award by Clean Energy BC. This award recognizes excellence and innovation in the operation of a clean energy project in British Columbia (BC).

The 49.9 MW Ashlu Creek run-of-river hydroelectric power generating plant was commissioned in 2009. It is located approximately 35 kilometers northwest of Squamish, BC, on Ashlu Creek, a tributary of the Squamish River. Its estimated annual energy output is 265,000 MWh, enough to power 24,000 households.

To meet the highest environmental stewardship put forth by the BC government, Innergex had to find innovative solutions. Most notably, a bypass system was designed to ensure the required water flow would be maintained if one or more turbines were to suddenly stop. Although other facilities use bypass systems, what makes this innovative is its large capacity of 49.9 MW, the equivalent of Ashlu Creek’s full capacity – a first in North America. Innergex now uses similar full-capacity systems at many of their hydro stations in BC.

Ashlu Creek was also recognized for going above and beyond regulatory requirements. The project’s fish enhancement areas were designed 10 times larger in area than required in the regulatory approvals and the long-term monitoring program demonstrated that not only has there not been any adverse effect on the fisheries values because of the project, there has actually been a net benefit.

The Ashlu Creek is a swift river-like creek with several big rapids and large drops, making it a popular kayaking location. Via the Innergex website, kayakers can request a flow release and enjoy a predictable and steady water flow. The local kayaking community is stating that the kayaking experience has improved since the hydro station has been in operation, thanks to the great ongoing communication between Innergex’s and the kayaking community.

The Awards Ceremony was held in Vancouver on November 7, 2016.